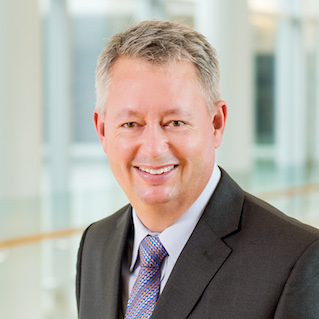 David Rosenblum has enjoyed a varied career with positions at a leading industry research lab (Bell Labs at Murray Hill), a technology startup (PreCache, where he served as CTO and Principal Architect), and academic institutions on three continents (UC Irvine, University College London and National University of Singapore). He brings significant leadership experience to GMU, where he is leading the Computer Science Department.  While his “home” research area is software engineering, throughout his career he has found inspiration in problems from other areas of computer science, with publications in distributed systems, networks, and AI.  His current research focuses on software testing and verification challenges arising from extensive use of machine learning and deep learning in software development.

His research has earned him recognition as Fellow of the ACM and IEEE, as well as two "test-of-time" awards, including the ICSE 2002 Most Influential Paper Award for his ICSE 1992 paper on assertion checking, and the inaugural ACM SIGSOFT Impact Paper Award in 2008 for his ESEC/FSE 1997 on Internet-scale event observation and notification (co-authored with Alexander L. Wolf).  He also has been active in service to the international software engineering community, including service as Editor-in-Chief of the ACM Transactions on Software Engineering and Methodology (ACM TOSEM) and Chair of the ACM Special Interest Group in Software Engineering (ACM SIGSOFT).  In recognition of this service, he received the ACM SIGSOFT Distinguished Service Award in 2018.